If you’re looking for the best kind of mind-altering experience, head to the Blues Kitchen Brixton on 25 October for a live performance of Jimi Hendrix’s Electric Ladyland album. 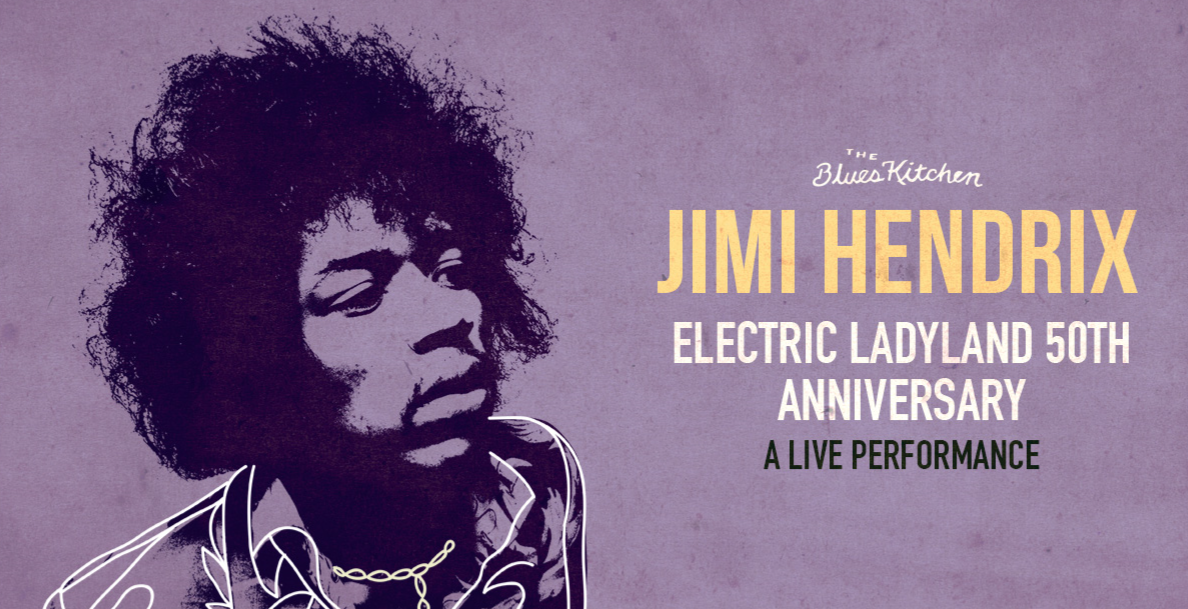 Music can be a form of meditation, and few artists embodied that truth better than Jimi Hendrix. The way he dissolved into his music was transcendent. It is the 50th anniversary of Electric Ladyland’s and The Detroit Players will play the entire album.

It is bound to be an incredible evening. I love the idea of being immersed in the live energy and passion of the music.

For tickets call 020 7274 0591 or email bookings.brixton@theblueskitchen.com.

“In October 1968, upon its release, the eclecticism and unpredictability of this album was what first came to the attention of many of its early listeners. From guitar-powered hits like “Crosstown Traffic” to jazz-infused “Rainy Day, Dream Away”, psychedelic trips such as “Have You Ever Been (To Electric Ladyland)” to classic blues jam “Voodoo Chile”, this album has it all.

Clearly a sonic breakthrough to match and beat his previous achievements Are You Experienced and Axis: Bold As Love, Jimi’s creativity appears seemingly endless right the way through to side four. This final studio album from such a master innovator before his tragic death can be regarded as a conceptual classic that transcends its time and reflects an unparalleled musical genius in Jimi Hendrix.”

What artist would you love to see live? Share in the comments!